Why The Daily Deals Sites Are Still As Successful As Ever 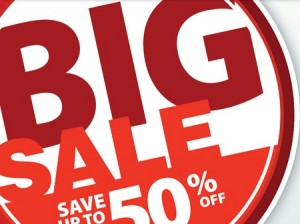 We can all figure out what the logic is behind all of these online “Daily Deals” coupon and voucher sites. It’s all about selling enough of a featured product at a discounted price and hopefully breaking even or even make a profit, while acquiring new customers which who you hope would return back to your site or store.

This is what sites such as Groupon have been preaching from Day 1 for their “Daily Deals” marketing platform. Originating in 2008, Groupon rapidly expanded their services as they offered cut rate deals of up to 90% percent off products from retailers, aimed specifically at their local consumers.

Groupon still leads this market sector by a significant margin, although there are companies such as LivingSocial who are feverishly working hard to catch up. There’s also Google Offers, which is their answer to Groupon after their significant and then rejected takeover bid last year. Google Offers is still currently in beta.

Groupon along with the other daily deals sites are now extending their services into a variety of countries around the world.

[ad#co-1]
The Rewards Of Daily Deals
So who really benefits from participating in these daily deal plans and particularly what does it offer online or offline retailers. There’s no doubt the process is successful and they’re now absolutely ‘prime time” big business.

If you happen to be a retailer of any degree, you need to be aware of daily deals as a marketing method. The biggest and most obvious benefit for businesses of all sizes is their potential of attracting new customers. The larger “daily deals” sites all have extremely long and large email marketing lists that you can cater to.

The most successful of these sites will force consumers to sign up just to see and then receive the daily deals, collecting vital information regarding the recipient. Methods of social marketing also enables them to be able to reach yet more more targeted money in hand consumers.

Groupon for instance, their users are also encouraged to share these deals through their Facebook or Twitter accounts, saving them additional money once their friends or associates decide to participate in the offer.

As a retailer, your product is placed smack in front of targeted consumers who are eager and willing to buy provided they get a good deal. Some are even swayed towards buying something they don’t even want because the price point is good.

Groupon and the other daily deal sites are also an excellent way of clearing out excess product from inventory while attracting new customers and still maintaining a profit.

Careful Product Selection
It’s extremely important to select the product as carefully as possible when participating. You need to offer a product which is appealing enough to hopefully draw in new people, but the profit margin has to be big enough so you can offer an attractive discount while still hopefully maintaining a profit. You can also view this as an advertising expense via using a “Lost Leader.”

Never Over Extend Yourself As A Retailer
One other thing which you should be considering when selecting a product is the actual amount of product which you have to offer. Never promise more product than you’re willing to provide.

This can be especially important when you happen to be offering some type of service rather than offering a physical product. This is because it’s a lot easier to overestimate what you’re willing to offer.

So you shouldn’t be extending yourself more than necessary and you should be considering the worse-case scenario. You should be wondering, what if everyone who sees my deal decides to participate in my service, all on the exact same day. That particular period may also have your regular paying customers already booked and will be an inconvenience and a drop in service for them, which of course defeats the purpose.

You would want to be able to service your new “Daily Deals” customers in a suitable amount of time without losing your regular customers which you already have.

So What’s The Ultimate Price
There’s obviously a cost of participation with this type of method. Groupon and the larger “Daily Deals” sites are known to take a sizable chunk of the price pie although the percentage gets smaller for larger national deals. They will also take the money upfront as well. You as the retailer will get paid once the vouchers are redeemed.

But your reward, your return, you’ll get immediate exposure as well as gaining new customers, which is worth it for most. If you have a brand which is widely known or needing more exposure from outside of your direct target market, the exposure which you will get can only be a positive factor for you.

It’s also about getting your brand name out there to those consumers who wouldn’t otherwise necessarily come across your product. Groupon claims that the exposure and spotlight which you place on your company has proven to be an excellent source of repeat business, a form of word of mouth advertising, even if you happen to break even or lose money.

Not Everybody Wins
Not all of the retailers participating in these daily deals are satisfied or successful however. Say for instance you only have just a handful of sales from your Groupon deal, so you wouldn’t most likely make any money. Whether it’s poor timing, bad copy-writing or sub-par marketing.

There are reports that when this occurs, on occasion, certain daily deal sites has been somewhat unresponsive to react if you ask them to make tweaks or minor adjustments on copy-writing for example.

So Groupon and the other “Daily Deals” marketing platforms won’t necessarily work for each and every retailer who participates. If a daily deal type of offer comes your way as a retailer, make sure that you do your due diligence such as proper product selection.

It needs to have enough margin so that you’ll earn enough revenue at your break even point. Also make sure that you read and then re-read the fine print on the email over again.

How To Heal Yourself By Using Energy Medicine Techniques