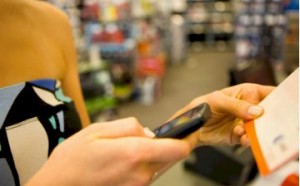 Although apps are generally a little more expensive to develop, create and maintain than a Mobile Website, useful functional apps has the potential to go viral, becoming an extremely important adjunct towards a retailer or a marketer’s mobile promotional program. This when the intent is to deliver quick precise information or services which is appealing to their consumers.

[ad#co-1]
Say for instance that there’s a company who markets athletic shoes, and their wanting to create a mobile app which can help their fitness conscious consumers to be able to locate the closest jogging track or trail in an unfamiliar city, or give locations of gyms which have the best treadmills. This type of app can be especially attractive for those who happen to travel frequently and enjoys working out.

These types of mobile apps are obviously developed to offer a completely different users experience which isn’t necessarily completely connected to the company’s primary product, which is running shoes. The service which the app provides while still enabling a task, or it somehow fits into the consumers lifestyle, so they’ll need to return back to the app on a regular basis.

Both Apps And Mobile Site Recommended
For all retailers or online marketers, provided that they have the resources, should be building some type of an app in addition to their mobile website for their transient “on the road” mobile consumers. This way, they can take advantage of all the features as well as the functionality of the mobile devices.

Apps are also an excellent way for retailers to be able to directly interact with their consumers without they needing to connect directly to their site.

A recent survey of active mobile phone users, when asked regarding their preferences, measured exactly how the “user” experience impacts what they as consumers would do, as a direct result of visiting a site or a mobile channel.

The results helped in showing retailers which changes should have the biggest impact on future customer loyalty and retention, resulting in ultimately more revenue. This way, the developers are then able to prioritize their mobile strategies and resources.

As mobile eCommerce is still a relatively new technology, it’s required that retailers should be targeting their mobile apps towards all of the proper customer segments, so they’re able to maximize their impact.

Apple iPhone Still In Front
The obvious and initial target should be Apple and their iPhone as they have the largest collection of mobile app users. What sets the iPhone apps apart from their direct competition the Android apps, is the tight firm grasp and control that they have over the mobile users experience on the iPhone. This is because Apple performs stringent tests to ensure that all their apps are bug free and performs properly.

The popularity of these iPhone apps has led these developers to create over 400,000+ apps and counting, which are specific for the Apple’s smartphone. There are also now over 225,000 apps which are available for the Android OS in Android’s Smartphone Market. This a sign of how popular this particular OS that’s developed by Google is becoming.

Android vs The iPhone
The Android OS has actually taken the lead over the iPhone and the Blackberry recently in all smartphone sales in North America. However, there are basic distinct differences between Android and the iPhone when it comes to app construction.

The various manufacturers of the actual Android phones begin with a base core version of the Android operating system, then they will modify the user interface to their hardware’s unique platform, which includes their home screen and keyboard, along with any other features, so they can create their own distinct brand.

What this means is that they all offer a different user experience because all of the various handset manufacturer who add their own unique stamp. This obviously isn’t the case with the iPhone, which is only proprietary to Apple’s own hardware.

This difference has direct implications for retailers. The iPhone users are generally a bit more tech savvy users and generally more active, who knows that they can count on a rich and consistent user experience that’s provided by Apple.

Android users are generally not as big on using apps usage as iPhone users are, but they still represent a significant portion of the app users population. Because of this, the number of apps which are available for Android OS is rapidly increasing. But for the majority of the retailers, they will usually begin with developing an iPhone app over an Android app initially.