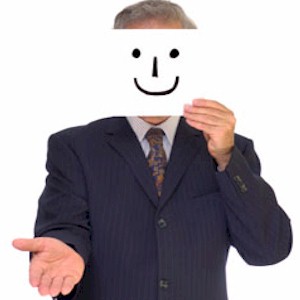 We’re all face clowns, we all put our best face forward to impress others, set a trap of sorts on who we really are. We exaggerate by bringing our best act to the forefront, to try to be smart and witty as a conversationalist, this just so that others will like us, or we need to make a good strong impression.

The art of making a good first impression is a management technique which is extremely important, this when it comes to the development along with the upkeep and maintenance of social and business relationships.

It becomes a key critical point and an important trait to being effective when becoming a leader. But realize that success in social relationships compared to being a success as a leader, involves a delicate balance when it comes to impression management.

What we all actively need to do is monitor and then control how we appear to others at all times, while needing to be as straightforward as possible while being authentic, so get real.

There are time tested proven guidelines on how effective you want to manage the precise impression that you’re wanting to project on others, which is the real you and not an imposter.

Making A Good First Impression
• Get To Know Yourself Better – Self awareness, how you come across becomes critically important when it comes to making a successful first impression, and coming across as a genuine believable person.

Social scientists recently proposed a theory that we’re actually just a conglomeration of all the different roles that we portray. It becomes extremely important then, to know a sense of self to know who we are.

Know exactly what you value, what you stand for, this to avoid becoming another social chameleon who just tries to fit in, and then follow the crowd like sheep, much like a sociopath.

• Be As Thoughtful As Possible But Be Prudent – We need to be aware of engaging our brains first, and then our mouths as a filter, this whenever we’re interacting with others. We need to be as effective listeners as possible by trying to understand the viewpoint of others.

What we need to think about are the consequences once we make a statement, and then justify our actions. Being aware of self-disclosure becomes an extremely important part of forming a good longstanding relationship with others.

We also need to be careful not to disclose too much information too quickly, while also considering and gauging how the other person is reacting to whatever you’re telling them.

• Mastering Your Emotions – There’s nothing that creates a negative impression faster than an unexpected and inappropriate emotional outburst. Controlling one’s emotions becomes extremely important when connecting with others.

So we need to be in full control at all times by regulating and moderating our emotional outbursts and our displays of subtle smug emotion. Any bursts which creates a negative affect, such as: becoming irritated, getting angry, looking disgusted etc., should always be displayed as strategically as possible.

For leaders and public figures, it becomes absolutely paramount to show as much emotional restraint as possible, this by displaying to others as subtly as possible when you’re pleased or displeased.

• Know And Observe The Rules Of Proper Etiquette – There’s a wide range of social rules to follow, the “norms” as they’re known, which dictates to us how we should be behaving appropriately in various social situations.

In order to maintaining a positive impression, it becomes critical to know and follow all of these social norms which demonstrates that we have enough awareness to know the proper manners, while knowing how to appropriately behave in different situations. Social graces such as always being polite, puts forward a good impression strategy.

• Courage And Strong Conviction – There will be times when you need to stand up and be socially bold and courageous. Taking the initiative to start up a conversation with someone you don’t know, a stranger, to ask excellent relevant timely questions, or to help someone in distress.

It also becomes important to stand up for your principles that you firmly believe in, particularly when in positions of leadership. The majority of people will then respect you for being true to yourself, being real of your convictions.

• Being Positive At All Times – There’s a wealth of compounding research which supports the importance of being positive, and the affect that it has in making a good impression.

Just a simple smile can send jolts of positive energy, which is always better than giving out a negative tone. The leaders who are eternally optimistic while displaying positivity, are always rated as more effective by their peers and followers.

Displaying an effective and authentic impression isn’t always easy to do. But similar to any other social skill, it’s something which needs to be developed and practiced on a continuous basis.

The Power Of Making A Good First Impression
Whenever you meet someone for the first time, what you’ll do is immediately categorize them into one of a few classifications, this depending on the situation as well as who that person is.

Whatever situation it may be, what you’ll naturally do is form a first impression with every interaction that you have. According to social experts, this impression is made in a split second, this directly after seeing someone’s face and manner.

The study also revealed that the length of the initial exposure, for instance a minute, won’t generally alter your first impression of that person.

Once this initial impression is made, then you slowly begin to create secondary sub-impressions which are determined by how close you and your new relationship gets, this when spending more time with that person.

If you meet an extremely attractive person, you’ll immediately judge them to be attractive. Once you decide someone fits into this “attractive” category, you’ll just instinctively want to spend more time just peering at them, while directing more attention to them, than you would to others.