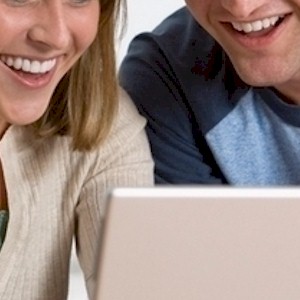 The majority of people in their careers feel that they’re slip sliding sideways, this because regardless of how hard they work, how many hours that they put in the office, they find that they’re far from becoming anywhere successful.

Others view their jobs as just fulfillment, a means of finding their personal expression. The majority will also define their success in terms of how much money that they earn. Some will just put up with the endless demands, the ridiculous deadlines and the pressures associated, just to make ends meet.

Doing so hasn’t brought them any closer to the type of security that they’re looking for. To make matters worse, for those competing in the work place, for these up and coming executives and the motivated young professionals, they’re finding themselves getting mentally worn down as a result.

The enormous toll of this excessive work takes on their health usually at an earlier age, begins to feel more like a curse than a blessing of gratitude. So it’s no wonder that there’s so much being spent on health care that’s related to stress and work related anxiety.

There are millions of workers who now routinely put in 48 to 60 hours per week. They do so since it’s ingrained in their success beliefs which are motivated by certain premises.

Post Secondary Education Leads To A Better Job
This the process, get good grades in school, get post secondary education, work extremely hard at the office, get recognition, get a promotion, which justifies a higher salary. Then make sure that the kids are put through the same process, and then finally hope that they’ve saved enough for retirement.

This formula for success is tattooed and practiced by most, while just a few achieve and go past their ultimate goals, this at least in financial terms. So some experts are questioning the wisdom of this particular formula of working for a living.

They’re thinking that there must be a better more efficient way of attaining success without going through this wring of horror, the stress and the anxiety that’s associated with the rat race, trying to climb the corporate ladder.

Is There A Better Solution
Most will tell you that right now at this point in time, is the ideal time to become an entrepreneur, to go out and venture on your own, this to achieve the same goals that the corporate world can’t provide.

In the past decade, technology has completely leveled the playing field while propelling the entrepreneurial revolution. What’s now available to anyone is access to the same exact information which was once guarded, which enables you to make intelligent choices quickly.

Some will even claim that you have a greater advantage over the corporate world because you’re more flexible and mobile, more sensitive and faster to read and then adapt to the changes in the marketplace. You’re also able to target new markets quicker, while staying ahead of the curve allowing yourself to turn on a dime.

The Right Time To Become An Entrepreneur
What becoming an entrepreneur requires is that you constantly look at the bigger picture while following a plan, a blueprint, right through from the beginning to the end while never wavering back.

What’s provided are a few practical guidelines which can help set you forward when beginning out on your own.

Wait Don’t Just Quit Your Day Job Yet
Consider starting a new business part-time first, this especially if it’s online which it should be, while you’re still working and have a steady income coming in.

It usually takes a bit of time to get a business established, tweaked and all the kinks ironed out, so you still need the ability and the security of making your house and car payments and paying all your bills.

There’s no point thinking that your new company will be an overnight success. Begin with what you can manage, both financially as well as time-wise, and then begin scaling it up as your business grows.

Finding Your Particular Niche
The days of opening up a general store on the corner of Main Street are over. What consumers, who are particularly online are looking for are sources which specifically specializes in a detailed niche.

So what you need to do is find that need, that specific niche, something refined that you’re familiar with and know that people want, but can’t get from the traditional sources.

Know that you generally can’t compete with the clunky big boys of industry, so what you need to do is find where these big boys aren’t, and then captivate and capture that particular market.

Maximizing Your Online Presence
Even if you’re not initially planning an online venture, realize that the Internet and now especially social media plays an extremely valuable role in any new enterprise. Having an online presence eliminates the limitations which a physical location can’t offer, while effectively being able to reach millions of people instantly.

It’s an effective and affordable way of promoting yourself while letting consumers, especially in your own area and around the globe, know what your doing and that you’re there.

Just Refuse to Quit
What becoming a successful entrepreneurship requires is being creative, while having the energy which regenerates itself keeping the drive alive, this especially when things go wrong.

All of the most successful entrepreneurs in the world before they came full fledged success stories, failed numerous times and were pushed to the brink of losing everything before they had their ultimate breakthrough.

So what’s required is your full and complete determination and dedication and the ultimate refusal to never give up. This is what separates the wantrepreneurs from the successful entrepreneurs, and makes them distinct.

So what you need to do is arm yourself with complete optimism and the faith to go beyond the numerous ‘No’s,’ the failures that you’ll face, while plugging up and revising all of the holes in your business plan.

There’s nothing that’s wrong with failure, and should be expected. The key being that you shouldn’t repeat the same mistake twice, or give up and just quit.