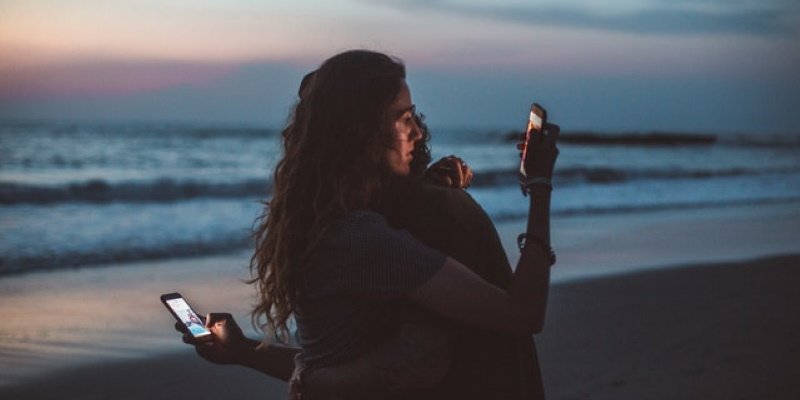 Whenever you take a stroll around any busy city street, what you’ll immediately notice is everyone is in their own cocoon. Everybody has their head slumped, buried in their smartphones, or have noise reducing, high decibel headphones plugged into their ears.

Regardless if people are walking around, running, working out, they’re now completely immune to the outside world. Completely absent from what’s happening around them.

They’re not listening or paying attention to the actual sights and sounds of their immediate environment.

In fact, you’re most likely wearing earbuds right now, subconsciously singing or humming along, as your eyes gaze over the computer screen. We’re all guilty of it, we live in our own bubble.

We’re now more comfortable retreating into our own inner self, rather than connecting with others around us while on the subway.

Perhaps, you don’t like what you see, so the ideal world is created by the music or podcast you’re listening to.

Regardless, most don’t realize the effect they’re creating since it’s completely unintentional, all while having little wires hanging out of their ears, the head bopping up and down.

What they’re proclaiming is they have no interest to communicate, they don’t want to be bothered.

Giving the impression to everyone they’d prefer to be alone, rather than socialize.

Those who are introverted generally prefer to be by themselves, not because they don’t like people, but because they feel more at peace.

Introverts feel more comfortable in quieter surroundings alone. They don’t feel like conversing about the weather.

So it just makes sense they prefer the virtual isolation, the privacy their smartphone or earphones gives them, from what may be an annoying busy outside world.

It may not always be the case however, that introverts are constantly attempting to avoid social interaction.

It’s entirely possible they would rather have the opportunity to converse, especially have a conversation with those who can provide satisfaction, or insightful information.

They might be new to the neighborhood, alone on a business trip, or just wanting to sip their coffee in peace.

They don’t want to look awkward or out of place, so they just bury their heads and look as if they’re busy.

This is common for first-year university students at a new campus, looking, feeling a little outcast as they attempt to adjust to a new environment.

They desperately want to become part of their new social world, but don’t exactly know how.

So instead of roaming the campus, attempting to strike up conversations with those around them, they want to look like they fit in.

Earplugs may make you look hip, but you’re telling everyone you don’t want to be bothered, not interested in socializing.

What you’re doing is raising your “social introversion,” factor higher, reducing the likelihood of anyone talking to you.

In contrast, extroverted individuals are immediately turned off by anyone who wears earphones or their head slumped viewing their smartphone.

They find it hard to understand why someone would want to disengage themselves, from opportunities of social interaction.

It’s also found those with earphones are less likely to engage in eye contact, less likely to acknowledge someone’s around them, let alone say “hello.”

As a result, almost anyone who happens to be around them would be hesitant to approach them.

What you’re doing is creating your their isolated world, by projecting you’re a private person, someone who want’s privacy, whether you really want it or not.

These are the signals you’re sending off, which causes everyone to back off from you, thinking you’re too busy or just stuck up. Which in turn just reinforces your feelings of isolation.

The Ever Expanding Social Isolation

This mindset now extends into society and the world of business and work, infiltrating into our everyday lives.

There are even larger social stigmas, which are attached to those who chooses to tune out the world.

Someone is on the elevator for instance, heading up to the 25th floor of their office building.

Their head slumped, completely lost in their own solitary world that’s provided by their smartphone. You leave them alone.

They appear completely reclusive, living their own private world as it’s more important than anything around them.

They are completely uninterested in making a connection, they don’t bother or care to refine their social skills, which may even be a requisite of their job.

Living In Your Own Bubble

So there you are, sitting on the bus, your eyes lowered on the screen of your smartphone, browsing through profiles on an online dating site, while wearing your headphones.

Ironically, although you may look cool, doing so can also turn off any potential dating partners that’s sitting right next to you.

You’re isolating yourself from having a random informal chat, which can potentially lead to more serious conversations.

Although what you yearn for is some type of social connection, you instead publish your narcissistic selfies on your dating profile instead.

But in real life, you’re sending off “Don’t Bother Me” signals, that real life connections aren’t important to you.

Social isolation can now be added to the list of human issues, affecting both our mental and physical health.

They can lead you to lose your hearing, reduce your cognitive skills, get hit by a bus, make no friends.

If you’re wanting to enjoy your music while still taking advantage of some live human contact, then give yourself an “earphone/smartphone” break.

Who knows, you might discover there’s a real world out there with real humans.