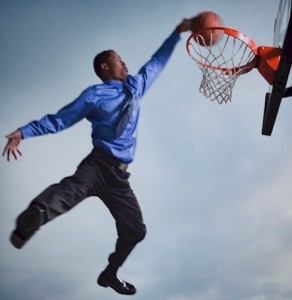 The ultimate goal of any successful trader is to cut losses as tight and small as possible, regardless if whether they’re wrong or right by staying within the rules. Losses do not discriminate. The trader must also instantly be able to recognize and then admit that they’re in “lose” mode on a particular trade. This after the realization that they admit they cannot and don’t control the movement of the markets.

You need to have the discipline to know that you and only you are capable of doing substantial financial damage to your trading account, and no one else. So if you to lose money in a trade, then you won’t be overly shocked, which can trigger your emotions.

[ad#co-1]
Don’t Get Seduced – Use Proper Trading Psychology
On the other hand, if you as a trader happens to make a significant amount of money one day while trading, you should still be adhering to the same trading rules and principles and never allow your ego to get in the way.

A trader who is focused and relaxed is able to look for the best possible trade while a trader who’s tense and stressed out will forced to be erratic and usually drains their trading account in short order, just from the pressure that’s building up inside them.

The majority of traders know that if they act out what they do or how they feel in real life and apply it to the market, they would most likely lose their capital. A traders success is based on their attitude towards risk and gain, fear and greed, and the thrill of trading.

Keeping Your Emotions In Check
One of the most important elements in trading is that your success and your failures don’t have anything to do with your intelligence, but with how you control your emotions.

Never allow the market itself to make you feel powerful, because you will eventually lose money. Always be constantly analyzing yourself, this will ensure that you’re not getting overconfident or becoming greedy.

The one fact that you need to know is that the market doesn’t know or care who you are or that you even exist. The trader can’t do anything to influence the market in any way. The only control that a trader has is over themselves and their emotions.

A trader has absolutely no way to control the market. So what a trader needs to do is study the trends as well as the reversals and then analyze them correctly to survive.

A new trader should be paper trading or trading on a small scale with capital that they can afford to lose when initially experiencing the nuances of the market.

The problem with new traders is that when they happen to have a string of profitable trades, then they suddenly feel empowered much too soon and feel that they can now walk on water. The novice trader then begins to take bigger risks and then eventually blows their account.

The trader who has sustained several losses can’t possibly take the pain of losing, even if their “iron clad” trading system tells them what to do, so they begin to trade erratically.

If you trade with the mindset of being greedy or irrational, then you can’t use your intellect or logic as your mind can only focus on one issue at a time. A professional seasoned trader will use discipline at all times.

It’s the novice traders who will get excited or depressed depending on how a trade is performing. Reacting emotionally is just too expensive and can’t be afforded in the market.

Trading Is Not A Sport Or A Game
Almost everyone at one time or another craves the excitement of “thrill” related activities such as rock climbing, scuba diving or sky diving. This also happens to be one of the draws of trading the market, they view it as an action sport.

New traders will just drop their money in the market for the value of getting that thrill. The market to them appears to be the most exciting gigantic video game on the planet. The market allows these traders the opportunity to be in the game and play with the big boys. “Look mom, I’m trading the S&P 500.”

Imagine going to a NBA basketball game and then not being confined to sitting in the seats. Just for a few hundred dollars, you’re able to run, jump and play in the basketball game with all your hero’s. You also happen to score a three pointer, and then get paid just like the professionals do. Trading the market gives a trader this type of opportunity and high.

On your first few attempts, you’re hesitant to run up and down the court and making that jump shot. But once you get your feet wet, you begin shooting the ball and scoring a few points. Similarly, once the trader makes and wins a few trades, they begin to think that they’re now a pro when trading the markets.

This attitude results in greed and false confidence like they’re running down the court with the pro’s, but their being triple teamed without even knowing it. Before they even realize what hit them, the huge losses begin to occur and they’re soon drained out of the market.

New traders can’t usually control their emotions when they lose. They’ll get agitated and instantly begin changing their trading rules and frequency while the professional trader doesn’t get affected whatsoever after a losing trade. What they immediately do is they begin to analyze what happened.