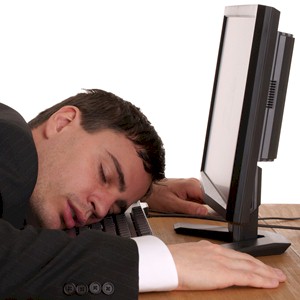 Are you feeling tired, listless and irritable lately, as it’s becoming a common trend in this ever increasing hectic lifestyle that we live in. It’s now become one of the hazards of life in the workplace, and it’s usually the high achievers who’s affected the most.

These high octane individuals of the world who’s got the attitude of “I can do anything I want,” Type A personalities, who think that burning out will never happen to them, become the victims. The reason being that they’re extremely passionate about what they do.

Then they tend to ignore the fact that they’re working extremely long hours, taking on exceedingly heavier work loads, placing enormous pressure on themselves, all this in the hopes to excel which gratifies their ego. What they’re setting themselves up for is exhaustion.

The definition of a burnout is a state of chronic stress which lead towards becoming physically and emotionally tired, feeling detached, while becoming cynical and abrasive while simultaneously beginning to feel that they’re not as effective.

Once entering the passage of becoming burnt out, you begin losing the ability to focus properly, both on a personal and professional level, which will sneak up on you slowly but steady. So it’s not like you’ll wake up one morning and then all of a sudden be burnt out.

It’s more of a symptom which creeps up on you over time, much like your car beginning to overheat until it blows a gasket, making it a lot more difficult to recognize. What our bodies and minds will do instead is give us subtle clues, warnings of trouble.

Once you know what to look out for, you should then be able to recognize and stop the process of getting burnt out before it stops you.

The Road Towards A Burnout
There are a few signs which will in continuum persist. It’s thought that the difference between burnout and stress is just a few degrees of separation, so once you recognize these signs early, the better off you’ll be.

Signs Of A Burnout
• Feeling Chronically Fatigued – During the initial stages of a burnout, you’ll begin feeling a lack energy and become tired most days. As it progresses, you’ll begin to feel physically and emotionally exhausted, depleted, feeling a sense of desperation and dread for what may lie ahead on any given day.

• Lack Of Concentration And Attention – You’ll begin noticing that you’re not as sharp and focused as before while mild forgetfulness sets in, which are early signs. Shortly, these issues may get to the point where you’re no longer able to get concerted work done, while everything else begins to pile up.

• Feeling More Anxiety – Initially, you’ll begin experiencing mild symptoms of worry, tension, and become edgy for no apparent reason. As you begin to move closer to burnout, the anxiety can become to the point it begins to interfere with routine work productively, which transfers into your personal life.

• Insomnia Begins To Set In – You may begin to have trouble falling asleep, or once you do, have problems staying asleep which usually begins one or two nights a week. Then in the latter stages, the insomnia can turn persistent and into a nightly ordeal. As exhausted as you may feel, you just can’t sleep.

• Getting Angry – Another symptom is the interpersonal tension and irritability that builds up at work and at home. It can then turn into bouts of angry outbursts fueling into serious arguments. The danger is that if this anger gets to the point where there’s thoughts or acts of violence, immediate professional assistance is needed.

• Getting Sick More Often – This because your body becomes depleted and your immune system begins to take a beating while becoming weakened, making you more vulnerable to getting colds, the flu, infections, and other medical issues which are immune related.

• Loss Of Appetite – During the early stages, you won’t feel as hungry as you should and may begin skipping a few meals here and there. Then as it progresses, you may begin losing your appetite entirely, and as a result, will begin losing significant amounts of weight.

• Becoming Moody And Irritated – Initially, you may begin feeling down on yourself for no apparent reason, at times hopeless, as well as experiencing guilt or worthlessness. As it becomes worse, you may start feeling trapped and mild depression can set in, you wondering what your true purpose is.

• Certain Physical Symptoms – There may be actual physical symptoms including shortness of breath, mild chest pain, increased heart palpitations, feeling dizzy, gastrointestinal pain, occasional fainting, and constant headaches. All symptoms which should be medically assessed if they become chronic.

Slip Sliding Away
If you’re not experiencing any of these issues, great, but you need to pay close attention to yourself. You should always be keeping these symptoms in mind, knowing that burnout can be an insidious creature just lurking around the corner, and can attack at any time when you’re living your busy life.

If you are experiencing one or a few of these symptoms, then this should serve as a wake-up call that you may be on the path of slip sliding away. So take some time out and carefully assess the amount of stress that’s currently in your life, and find ways to reduce it.

Burnout isn’t like a cut on your finger or a cold. It won’t go away after a few weeks unless you decide to alter your lifestyle. As difficult as it may seem, the best way is recognizing the symptoms early, and then making a few changes to alter your path.