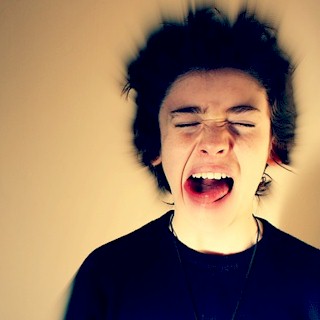 Once we’re stressed out, things go off balance. Our thoughts become hijacked, as it begins to race, as it begins to rapidly think random thoughts, usually negative ones. The heart begins to pound, the breathing becomes shallow, sweat forms on the brow, as the muscles tighten. There’s an overwhelming sense you can’t concentrate.

What many will do is relieve this stress by overeating, drinking too much, or indulging in other bad habits. Most will drive themselves so hard, that their life begins to tilt, which leads to an unhealthy unbalanced life. This becomes reality for many, so it needs to be managed somehow.

The problem is that some have no way of reducing this stress buildup, so they just accept it, which only leads to poor health.

What it takes is a conscious effort, this once the stress levels elevate. There are proven ways on how you can change your reaction, which helps you regain control.

Why It Happens
It begins by understanding the chain reaction stress has. How the brain and body reacts and responds to these threats.

Once understanding the physiological mechanisms that’s involved, what you can do is work on changing these stressful situations, this to reduce it, while thinking differently to avoid it.

What’s known is that our brain reacts to neuroplasticity, which means that it can be altered by various stumuli, and what this repeated practice does, is creates new ways of thinking.

Where the stress response starts is the amygdala region of the brain, which senses and responds to a threat. It initially reacts by activating certain neurotransmitters and hormones, such as adrenaline, cortisol, and norepinephrine.

Fight Or Flight Response
What it’s doing is preparing the body for the primitive “fight or flight” response. The brain perceives and calculates that it’s facing a stressful situation, which initiates a “freeze” response.

This fight or flight response is sudden. What the body will do is instantly react to a barking dog running towards you, or an oncoming car, this before the danger is even realized.

This response can be a lifesaver, as it can help you survive an immediate danger. It can also be a problem, when it comes to the more complex interpersonal chronic stresses that we face on a daily basis.

Once the amygdala overtakes the brain, some react by saying things they may regret later, such as becoming impulsive and swearing at someone, indulge in bad vices, things they wouldn’t normally do. So one needs to become mindful once this happens.

What it does is receives information about the stress, much later than the amygdala does. The prefrontal cortex is considered the CEO of the brain.

So what it’s capable of doing is sending a message to the amygdala, telling it that everything’s safe, which then turns off it’s “fight or flight” brain freeze.

It’s also capable of sending messages to the other areas of the brain, this to direct an effective solution to the stress.

So the key to handling stress, is to recruit the prefrontal cortex, this to take compete control of the stress reaction, this rather than allowing the amygdala to take charge.

Slow Everything Down
Begin by conscientiously slowing yourself down and breathe, this before responding to the stress, this so that it gives the prefrontal cortex enough time to get on board.

This can become helpful in a variety of stressful situations, such as someone suddenly criticizing you, once someone cuts you off in traffic, or waiting for medical results.

Remain Mindful
What being mindful means, is that what you do is deliberately redirect your mind from reacting automatically from worry and fear, to a more understanding acceptable observational standpoint.

Being mindful means. “Wait a minute, what’s happening here. I’m getting angry and I’m tempted to say something bad. Is that helpful right now?”

When mindfulness works best, is once you refine the skill by adopting a meditational state of mind, this during periods when you’re not stressed.

What studies show is that those who are more mindful, has better communication when it comes to the amygdala and prefrontal cortex, once a stressful situation arises.

Controlling Yourself
What studies show is that our brains and bodies will get stressed out by unpredictable uncontrollable events, more than events which we can control or anticipate.

So think about the types of stress that you can control, and the ones you cant, and then focus your energy on attempting to make changes on the things you can control, while mindfully accepting those you can’t.

Broaden Your Viewpoints
Once the amygdala triggers stress and all its negative emotions, what that will automatically do is narrow down your mental perspective, this when monitoring or avoiding that threat.

As a result, what you don’t think about are the positive results, or think of ways to solve the problem. What you need to do is see the stressful situation as a growth or challenge opportunity.

What this can do is help you redirect your energy and brain chemicals, this towards managing the stressful situation, which will then focus your motivation and effectiveness.

Finding The Proper Mindset
Instead of focusing on avoiding stress, focus on what you can potentially gain from the situation, along with the skills and strengths that you have to master it.

If you make avoidance the goal, you’ll be less than effective at solving the problem. Think instead about finding positive ways on addressing the stressful situation, or what you might learn from it.