Every Interaction That You Have In Life Is A Negotiation 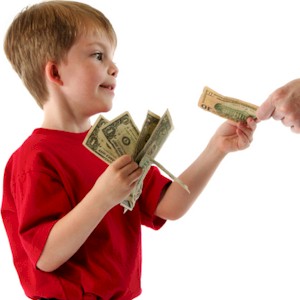 Your life and all of its everyday interactions is a negotiation process, some more major than others. We’ll negotiate to get a raise in allowance as children, or to get a bigger raise at work.

Then we’ll go home and are faced to negotiate with our kids regarding when they should get to bed, they keeping their rooms clean, or when they should be getting a smartphone. To become successful, you need to know and learn how to negotiate well and efficiently. But we all realize that this particular skill doesn’t always come naturally for some of us.

This since any negotiation is usually an experience which is inviting some type of conflict which involves motivation and emotion. Once you begin to haggle with someone over price, you’ll initially need to reconcile to pay or get paid the agreed upon target amount.

The biggest fear becomes that if you push forward too far, that the negotiation may potentially break down. You may even end up empty handed or worse, humiliated. Negotiation is always a gamble, and any gamble is a risk.

Being Promotion Focused On The End Result
One quality which the best of the negotiators, what the closers possess is the ability to be able to stay focused on their end target at all times, this regardless of the risks which are involved.

The most successful, this based on research has shown that there’s a process which is known as the promotion focus.

These individuals who are “promotion” focused think about their end goals as well as the opportunities which they need to gain, this to advance or to achieve, or to be better off than they currently are.

Once we think about our goals as potential gains, we’ll then automatically become more comfortable with risk, often without even realizing it, and less sensitive about the concerns about what could potentially go wrong.

Then There’s The Prevention Focused
The individuals who are prevention focused on the other hand, will think about their goals more in terms of what they’ll potentially lose if they don’t happen to win.

What they want to do is stay as safe as possible while keeping things running smoothly as possible. When we’re prevention focused, we’ll become a lot more conservative while trying to avoid the risk.

Same Goal Different Viewpoints
These are the two different ways on how we as individuals will look at the same negotiation goal which needs to be reached, which impacts as well as reveals everything about us.

This being our strengths and our weaknesses, the strategies which we use, and whatever it is that motivates us. When the goal happens to be paying the lowest price, or to get a bigger raise, our focus effects the way that we negotiate.

Under any negotiating process, the more that the promotion focused individual is, the more than likely that they’ll get their target price throughout the negotiation process.

For the prevention focused individuals, there’s far too much worry being placed on not winning the negotiation, leaving the person more susceptible towards a less advantageous agreement.

You can become more promotion focused whenever you want to be. All that you need to do is take a moment to focus just on what you need to gain, and what you’re hoping to achieve, while banishing all of the thoughts of what you might lose.

Just Know The Process
It can be that easy, that when you’re preparing for your next negotiation, take a moment by listing everything that you hope to accomplish, and all of the ways which you’ll benefit once you’re successful.

Review the list just before the negotiation process begins. Most importantly, shut out any of the thoughts regarding what could go wrong by refusing to give them your attention.

With a bit of training and practice, this promotion focused method will become easier and should eventually become automatic. Negotiating can then become more second nature to you if you think about your end goals the right way.

Making It A Bigger Process
What being promotion focused does is it helps you get a bigger piece of the pie, usually more than what your opponent will. But both sides involved in the negotiation doesn’t always have to end up being a winner or a loser.

When there’s multiple issues which are involved, then there’s the possibility of the various elements to become beneficial for both parties, becoming a “win-win” situation. Give and take.

This since both parties may not prioritize each of the outstanding issues the same way. One party will usually give up what they consider their lower priority issues, and then both can somehow reach a compromise which gets what each other wants the most. What you’re doing is expanding the pie.

It’s also not surprising who benefits the most under these situations. Once both parties are faced with a multitude of negotiation issues to be discussed, the promotion focused individuals generally reaches their desired outcomes close to 80% percent of the time, this compared to 65% percent of the time for the prevention focused.

Taking That Quantum Jump To Becoming An Entrepreneur