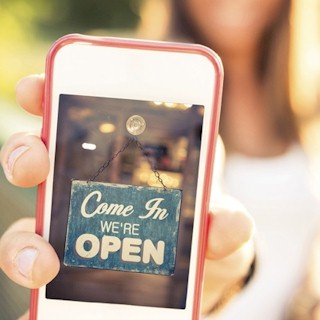 Mobile devices are literally a physical pain in the neck. Time will only tell the physiological medical issues on the spine which will arise later in life, as you see everyone hunched over looking at their smartphones. It’s become an epidemic of technological introverts who would rather text, than talk to a real live person.

What’s become prevalent with mobile is browsing the web, taking selfies, and playing with the latest apps or online games, all on a 5 inch smartphone screen. This mobile revolution, it’s convenience is now moving towards smart watches and smart glasses technology.

So if you’re a business or marketer of any shape or size, the time to shift towards mobile marketing is right now. Marketing on mobile remains relatively new however, a new frontier where the wrinkles towards efficiency are still being ironed out.

Mobile Marketing The Best Option
There are now 3.75 out of every 5 smartphone owners in North America who have used their mobile device for e-commerce. There are billions who are now connected to the Internet worldwide, this mostly through their smartphones.

What they’re doing is consuming marketing information, this by researching brands and more importantly making purchases directly from their devices. So anyone who’s in business can no longer afford to ignore this enormous marketing opportunity.

But Where To Start
There are two distinct and dominant mobile platforms who shares the mobile landscape, and everyone is familiar with them. Apple’s iOS and Google’s Android.

An app or marketing.campaign that might work on the Android OS, will not usually load properly on Apple’s iOS device, and vice versa.

The Android mobile operating system, which is hosted on a variety of phone manufacturers, currently holds around 53.5% percent of the market.

Apple and their proprietary iOS, which is found exclusively on their iPhone product, holds 41.6% percent market share. Windows and Blackberry holds the remaining 5% percent. Note that Blackberry recently ditched their BlackBerry 10 OS, and now going exclusively with Android.

Developing A Mobile Strategy
So the platforms to obviously target are Android and Apple, as you’ll capture the majority of the market. What the 4 operating systems has are their own unique characteristics.

The reason for this is because they all run on their own different proprietary programming languages, offering different levels of customization, along with different functionalities.

Android’s OS is open source, which means it can be customized and updated by a variety of users, where Apple’s iOS is a closed algorithm language, that’s uniform across their iPhone device.

Mobile Apps
If you’re wanting to build a mobile app for your business, it then becomes necessary that you build one for each of the different platforms.

There are a variety of different development tools which are available, that allows you to tailor a mobile app to fit and operate on the different platforms.

There are also updates and tweaks which are constantly being made, especially for Apple. They’ve recent came out with an update which would make it easier for their iPhone users to “block” popup ads. So what’s needed is keeping current to counteract these changes.

Demographic Breakdown
What’s known is that what the different OS platforms offers are different functionalities, along with attracting a different mindset of user, this depending on the platform.

So what needs to be distinguished are the habitual thinking patterns, which are unique to the Apple and Android user.

What’s known is that Apple users tend to be in a younger age group, usually wealthier, and as a result converts at a higher rate when it comes to e-commerce, this over Android users.

This gap is starting to close however. Apple users traditionally are more than likely to buy something online making larger purchases, or are more open to taking some type of suggested action.

Catering To Other Platforms
What most marketers will do is just ignore the other two operating systems since their segments are so small. What’s known is that mobile Windows users tend to attract the most cost-conscious users.

What Blackberry phone users have traditionally attracted, are older more conservative professional business people, who are usually not comfortable with making any type of online purchase, but can represent a valuable market.

Mobile Marketing Based On Platform
What’s traditional is building mobile apps, along with developing marketing material which will work differently, and tailored to the different operating systems.

What this can become however is expensive, while also leaving the possibility of offering the user an inconsistent experience.

The best option is constructing your mobile marketing material as uniform as possible, this so they’ll all have a similar theme regardless of the platform used.

The best part is that this method is effective and works efficiently on any device or operating system, this as long as the user has unlimited texts, which almost every smartphone plan now comes with.

What About Tablets
Tablet sales and thus its usage has been faltering, as these mobile users are switching, in droves, to smartphones because of better functionality.

Tablet users however still remains a valuable market. The tablet segment continues to be dominated by Apple, while there are plenty of tablets operating on Android and Windows platforms.

The mindset of the users based on the operating system remains similar, while there’s greater opportunity that the larger screens provide, as there’s more real estate to present your product or message.

So think about the final design carefully, while running a variety of landing page tests, this to allow the mobile users to choose what’s most effective on their various mobile devices.

The Journey Towards The Center Of Yourself To Inner Wisdom